My book, Thorny Problems, has been out barely a week and I am pleased to say it is doing really rather well…

After hefty promotion in The Telegraph on Saturday, Amazon sold out (but that has been sorted out by now I dare say), and when I last looked it was at no. 2 on their ‘homes and gardens bestseller‘  list (no. 1 being a Kindle book which, as someone  Really Important in publishing  (I daren’t say who) said, ‘doesn’t really count’).

Anyway, I’ve got various speaking and Q & A sessions coming up and will endeavour to keep a supply of books with me, both RHS Grow Your Own Flowers and Thorny Problems.

The following are the more ‘horticultural’ events (there are one or two ticket-only charity things, and I don’t think the organizers would thank me for mentioning them at this late date because I think tickets are all sold).

Tomorrow (Friday 11th March) I shall be answering questions (with the fab and famous Fergus Garrett  and  Stephanie Donaldson)  in Hastings at a Gardeners’ Question Time organized by the Lower Torfield Allotment Association – 7pm in All Saints Hall, All Saints Street, Hastings.

On March 16th I shall be doing a talk on ‘Downsizing’  – an upbeat PowerPoint saga of my change of horticultural circumstances –  in Framfield Hall, Framfield, East Sussex starting at 7 pm.

On March 24th at 7.30 pm I shall be talking to the members of an organisation called ‘Beautiful Battle‘ in Battle Memorial Hall which is, yes you guessed, in Battle, East Sussex.

On March 26th I will be doing a ‘Thorny Problems Live’ session for the Dorset Hardy Plant Society at Colehill Memorial Hall BH21 2LS, at 2 pm.

April gets really busy, starting with talks at Barnsley House in Gloucestershire (April 1), a booksigning at Wisley (April 3) and another ‘Downsizing’ session for the Chelsea Gardeners Guild (April 6).

I will post more details of these later.  This is, I fully acknowledge,  a VERY BORING POST –  but Henry (my son) told me I absolutely had to do it.  Blah blah Henry, since when did you give your mother orders….?

My new book - Grow Your Own Flowers

One of the fascinating things about having one’s own blog – even if one doesn’t actually ever post on it very much – is looking at what you, the public, type into search engines to get here. You’re an odd bunch, you really are.

A not inconsiderable number of you seem to be preoccupied with my marital status, if the frequency of visitors looking for articles containing the words ‘helen yemm divorce’ is anything to go by  (anything on that subject that you may come across, incidentally, has nothing to do with me.  There seems, surprisingly, to be another Helen Yemm…).

Similarly, the popularity of my post on ‘Solomon’s seal sawfly’ never ceases to amaze. And I do hope that the person looking for “where to plant yew balls” found what he or she was looking for.

However, I may be being somewhat vain, but I like to massage my ego by assuming that at least a small proportion of you are looking for more information about the author of the Royal Horticultural Society’s brand new offering in the Grow your own… series, namely Grow your own flowers, now on sale (for delivery in January) via the RHS shop.

In case you haven’t worked it out yet, that author is none other than yours truly. However (a little disappointingly) there is, apart from my name and a broadly grinning mug shot (not of my choosing) on the cover, not a lot in the book to explain to those who haven’t heard of me from my little corner of the Telegraph, who I am or where I have come from  – no pithy little biographical titbits on the inside of the cover even, for some reason.

So if you are indeed wondering who I am, take a look at the stuff on here, or over at The Telegraph’s website

…and then go to the RHS website and order the book which, incidentally, I did write all by my little self (apart from some snazzy little inserted POWs – that’s Pearls of Wisdom – in boxes from the RHS’s Leigh Hunt) and about which I am (not very secretly) quite proud.

Next bit of excitement is another book (a distillation of my long-running gardening agony page in the Saturday Telegraph) Thorny Problems, due in March (Telegraph Books and Simon & Schuster), and which you can pre-order on Amazon here.

Anyway, watch this space – and I expect Telegraph Gardening will helpfully work up a bit of a sweat about it as well, bless’em. 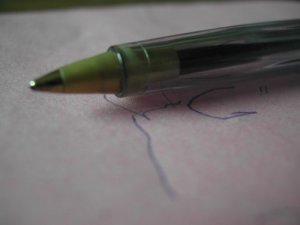 I've been writing some books

As I hinted before, my summer has been dominated by writing books, two of which came along at once, and neither of which could be turned down. It is a long time since I wrote Gardening in your Nightie after all, so it is time I did something new.

One book is relatively low key affair – a compilation of stuff from my weekly Thorny Problems Saturday Telegraph page.  More than nine years worth of utterings and mutterings has been sifted through (which gave me total brain-ache) and some of the ‘best’  and most generally helpful bits sorted into a month-by-month, blow-by-blow problem-busting bedside book. Names of Telegraph readers have been changed, but their problems are all there.

It is early days yet, but I am hopful that it will be well received by, amongst others, all those who have loyally stuck with me and Thorny Problems all this time and who have, in effect, provided the essential material for the book.

The second is, in its own way, an equally Big Beast.  Grow your own Flowers, for the RHS, is a sequel to Carol Klein’s Grow your own Veg (which of course was the book of the successful BBC television series, and was therefore an Extra Big Beast, in terms of sales). We hope the book will be a attractive, no-nonsense and user-friendly introduction (with as little jargon as possible) into the pleasures and pitfalls of creating a glorious garden full of flowers.

Writing this book has had a surprising affect on my garden, however, since I have been obliged – nay, almost forced – to do (for once) all the important jobs I have been writing about. So I have been Chelsea chopping, mulching, deadheading, slug-protecting and generally fiddling around as never before – every time, in fact, that I break out  from behind my desk, overcome by cabin-fever and writer’s block.  As a result my flower borders, at the beginning of this parched August, actally look more colourful and glorious than they have ever done before.

Having written most of the main text of Grow your own Flowers, I only relatively recently felt able to write it’s introduction (fellow writers will understand the great significance of this, I am sure).  The relief of being able to see at last where the book was going and for whom it was intended was, I presume, a bit like turning the foetus around and realising you were going to avoid a breach birth (or worse).   However, the labour is still on-going.  Slogging through all the plant descriptions that constitute quite a large section of the book, I frequently feel like screaming for an epidural.

Where this analogy came from goodness only knows (presumably the non-stop writing is making me light-headed).  All that sort of thing happened to me in the dim and distant past and is thankfully only hazily remembered.  But to carry it forward a step further… despite all the anxiety and pain of pregnancy and childbirth, my son turned out to be a bit of  gem (Sorry Henry).  So fingers crossed.